Dogen Zenji went to China to solve his question .
After the ship arrived at the harbor of China Dogen stayed into the ship for a while.
It is because the landing procedure was delayed.

A china priest who aged came to the harbor.
Dogen talked to the priest.
He was the charge of cooking in a temple in China.
He came to buy mushrooms to use the the soup of the noodles,for the dinner of his temple.
Dogen thought that I want to discuss the Law of Buddhist with the priest.

The priest who aged had a good laugh .
“The young priest of Japan! You are not understanding at all what real training is.
” He failed to mention so and came back to his exercise hall.

Because he was said to the priest who aged so Dogen felt a deep shock.

The Law of Buddhism that Dogen learned in Japan at that time was
esteeming the research of an authority for education and theory.
The characteristic thought of China Zen sect had not spread to Japan yet.
Therefore, in this point yet Dogen thought that the preparation of a meal and cleaning etc. are the obstacle of training. 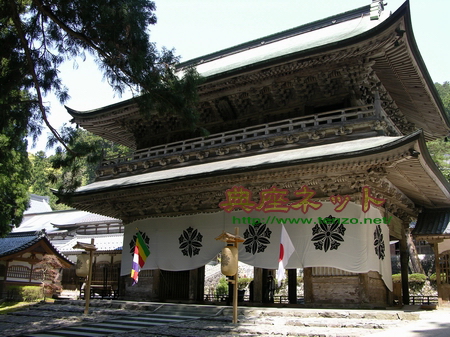 Dogen went to several exercise halls of China and did training.

In a temple he did such an experience.
In a hot day, the priest of the old person,
who waist turned was drying mushrooms at the side of the main temple, with scratching many sweat.
Dogen saw it and said.
“Because it is very hot today you had better take turns at this job with other young priests.
I think that other person should do this job because you are aging.
Or you should do it in a cool different day. ”
But the aged priest answered it.
“This is my training. If I take turns at this job with the others I will can not obtain the virtue.
When is it, if I postpone this job ? It is only now for me. ”

After that Dogen met the good mentor called the zen master Nyojo , Chief priest of the Tendou mountain .

Dogen learned his teaching well.
By virtue of his wonderful education, Dogen obtained the enlightenment finally.
And he obtains the proof of the zen master Nyojo and returned home.

Dogen Zenji propagated it in Kyoto for a while, after he returned Japan.
His master Nyojo said to Dogen before.
“You must not flatter the influential person of politics or a noble.
Noble uses Buddhism for their circumstances.
Flattery becomes as a result of the soiling of teaching.
Please bring up a real apprentice at the back of a mountain.”

He defended the advice.
And he built eiheiji at the mountain back of Fukui Pref, he spread teaching.

Dogen said.
The training of the Zen is not only zen meditation and sutra-chanting.
The every-day sleep/meals/cleaning/all the bathing etc. life are training as it is.
Experience in his China is influencing strongly.

He said that every-day ordinary life is training
And the Zen-training of the every-day is an enlightenment.

Dogen left many writing on his viewpoint.

← 1 The history of Buddhism and Zen-Cooking 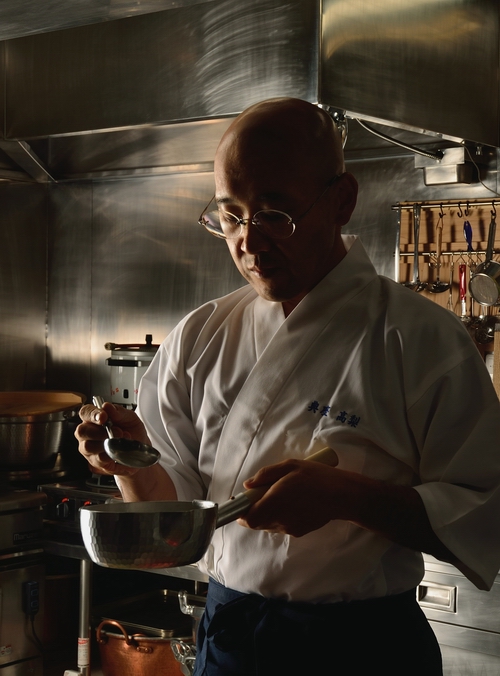